The case of Katz et al. v. Clarke, 2019 ONSC 2188 has been decided in favour of Katz Group of Companies. The Ontario Divisional Court has upheld the right of the employer to terminate a disabled employee when undisputed proof contesting the employee’s ability to work is provided.

A former front store manager, referred to as Mr. Clarke, filed a motion against his former employer Katz Group of Companies, who owned the pharmacy where Mr. Clarke was previously employed. He alleges that he was wrongfully dismissed and demanded damages under the Ontario Human Rights Code in regard to the decision of Katz Group to terminate his employment.

The case was brought to the motion judge and was seen as a legitimately trailable case, consequently dismissing Katz Group’s motion for a summary judgment. The motion judge shared that despite Mr. Clarke’s efforts to return to work, Katz Group failed to explore further opportunities for Mr. Clarke, which could only be seen as an error in rushed judgment breaching the Human Rights Code.

The Ontario Divisional Court found that the discrepancy in the case is that the employee was unable to provide incontestable proof of their ability to return to work. The Court decided to overthrow the motion judge’s decision, affirming the rights of employers like Katz Group.

The Court went on to justify their decision by stating that although Mr. Clarke successfully communicated his desire to return to work with his employer, he failed to provide proof to support his wishes to return to work.

Further, the Court stated that while the employer must exercise their duty to accommodate their employees, that duty ends when the contract is frustrated. In this case, Katz Group saw no proof of Mr. Clarke’s ability to return to work and thus, his employment has been treated as frustrated.

To further analyze the case, an apt background on the relationship between Katz Group and Mr. Clarke needs to be established.

Mr. Clarke had been working for Katz Group for approximately 13 years at the time of his termination. Of the 13 years he worked for Katz Group, he spent over five years on a leave of absence due to depression and then for physical injuries to his knee and leg.

The dispute began when Great West Life notified Katz Group in 2013 that due to existing medical records, they saw no evidence supporting Mr. Clarke’s ability to perform his duties as an employee in the foreseeable future.

The report led Katz Group to write Mr. Clarke with the news that, due to his absence from work and medical reports proving that there is no reasonable proof to suggest he would able to return to work in the near future, they determined that his employment had been frustrated and, as a result, would be terminated by December 31, 2013.

In response, Mr. Clarke’s legal counsel wrote to Katz Group notifying them that Mr. Clarke had been putting immense effort into ensuring that he would be able to return to work as soon as possible and perform his duties and responsibilities as an employee, and had made considerable improvements.

Kats Group took Mr. Clarke’s request and claims into consideration, giving him a deadline in which he could submit proof supporting his claims and progress.

Despite being given two chances to submit proof of his ability to work, Mr. Clarke failed to produce the required documents and was subsequently terminated from his employment on December 31, 2013.

The decision made by the Court is one that affirms the limits of an employer’s duty to accommodate their employees.

It is important to keep in mind that the standards of deciding a “frustration of contract” due to a disability are set incredibly high by Canadian employment laws.

This means that you need not fear losing your job due to a temporary disability if you can prove that you are still able to perform your duties as an employee.

Katz Group was able to support their claims of the frustration of a contract against Mr. Clarke due to evidence that states he will be unable to perform his part of the contract for the foreseeable future.

Mr. Ball can be contacted: 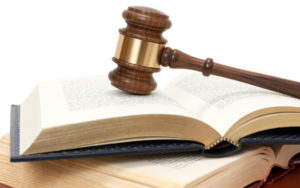 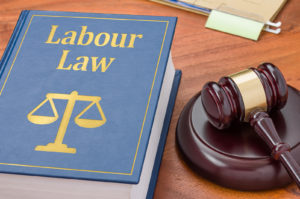 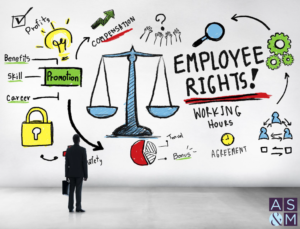