Bad Representation in Divorce Can be a Big Mistake

People don’t usually get married expecting to be divorced. However, keeping a marriage together for good reasons can be an extremely hard challenge over the years, especially as people change over time. Many find that, for a variety of reasons, it’s time to move on and out of a marriage. A divorce is a legal process for making that separation official, legal and final, so that the spouses no longer have any marital obligations to each other going forward unless determined by the court.

The Idea is Simple, the Practice is Hard

Divorce, however, isn’t as simple as two people agreeing to call it quits. A typical divorce proceeding before the pandemic occurred in 2020 could take a few years to reach from beginning to end. The process included original filings, discovery, asset identification, custody hearings if children are involved, and the final disposition hearings. And that’s after going through a separation before the divorce even gets started. Some spouses seek a financial separation so that at least their finances from the date of filing forward run on separate streams waiting for the actual divorce to be decided and finalized.

Many marriages involve uneven development of rights, assets, and commitment. It’s been quite common historically for one spouse to end up making more income than the other, especially if one of the two ends up being the greater caretaker of children. Kids themselves have to be taken care of regardless, which brings up issues of support as well as custody. And, of course, there is the separation of property that may have been shared for years, earned or inherited. All of these factors, including pets, make divorce complicated and technical. Add in the emotional factor that goes with a strong personal bond failing to continue, and divorce proceedings have the potential to go sideways very easily.

Don’t Be Your Own Doctor

Because the proceeding essentially is legal in nature, divorce requires parties to either represent themselves in court or have a divorce attorney do so. Like the advice that a doctor should never treat him or herself, people should never consider being their representation in a divorce. An experienced counsel is a must, especially when dealing with some of the complications above. An objective point of view is critical in having the best position possible going through the court system and to the eventual divorce order itself. There are a lot of minefields to fall into, from not understanding risks in a deposition to how assets are to be reported and court filing paperwork prepared.

Given how foreign and confusing the proceeding can be, having a qualified expert at your side during a divorce is a must. The help provides clarity and direction when things can be the most frustrating and emotional, and good representation helps protect everything one has worked for both for the family and the future. Divorce isn’t wished on anyone, but when you have to go through it, good representation matters. 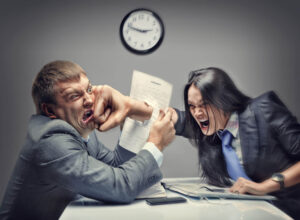 The process of divorce can be challenging if you have children or property. That’s why it might be a good idea to consider mediation. Mediation is the process of going through a third party that helps you iron out the various divorce processes. These are some reasons that considering mediation for your divorce might be […] 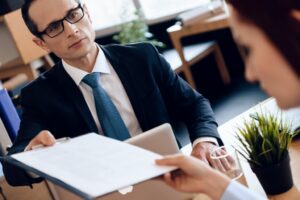 Reasons for hiring a divorce lawyer

Seeking the services of a divorce lawyer is something you might want to consider especially if you want to save money during a marriage annulment. Since it’s difficult trying to alter a divorce court order, hiring an attorney guarantees you full representation of your interests. This article talks about why you should consider hiring a […] 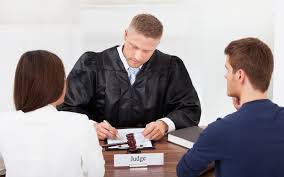 Tips when you first meet your divorce lawyer

After an entire week or even months of searching, you finally find the best divorce lawyer in your region to work for your case. Now it reaches a time to meet this lawyer physically to discuss the entire divorce situation. One thing that you must know is that it may not be as easy and […]